Insurance companies consider mental health in their underwriting process for life insurance, critical illness insurance, and disability insurance.  If you have bipolar disorder, you can still get life insurance, but you may have increased premiums.The rating factor depends on the frequency, severity, treatment, and diagnosis details of the mental health condition. 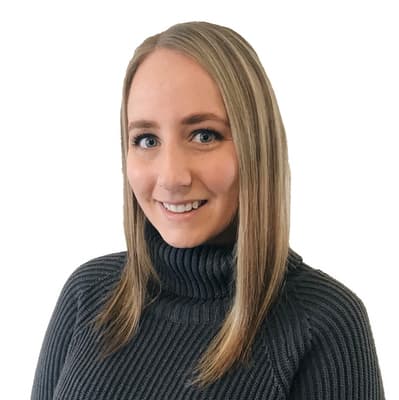 If you’ve been diagnosed with a mental illness such as bipolar disorder, finding life insurance coverage is still possible.

Here’s what you need to know about applying for a life insurance policy with a bipolar disorder diagnosis, including what life insurance companies will ask you in the application process, what possible outcomes are, and what happens if your diagnosis changes.

What is bipolar disorder?

Bipolar disorder is a mood disorder caused by an imbalance of neurotransmitters in the brain. Previously known as “manic depression,” bipolar disorder typically manifests as severe mood swings, which can last from days to months at a time. Most people diagnosed with this condition experience extreme highs in the form of manic episodes and extreme lows or depression. Bipolar disorder can be triggered by:

While the effects of bipolar disorder can have severe impacts on one’s daily life, it is a treatable condition. Through a combination of psychiatric medication, therapy, and a support network, it is possible for people with bipolar disorder to manage their medical condition over the long term. Often, the trickiest part is getting an official diagnosis for bipolar disorder because it has several different symptoms, some of which overlap with other mental illnesses.

Bipolar disorder is generally diagnosed in one of four categories.

If you’ve been referred to a psychiatrist or other professional in the course of treating a mental illness, you need to disclose it to your life insurance company. While this information will not exclude you from receiving life insurance coverage, it may influence the monthly premium rate class that you are eligible for.

Psychiatrists—not to be confused with psychologists—are medical doctors that specialize in mental health. Most who suffer from mild clinical depression remain under the care of a primary physician. If the patient’s mood disorder becomes less manageable and is disrupting their daily life, they will often be referred to a mental health professional such as a psychiatrist for specialist care.

In the eyes of a life insurance underwriter, seeing a psychiatrist can therefore be indicative of a more serious mental illness, which could exclude you from a preferred rate category. You may still, however, be eligible for a standard rate and coverage options.

Can you be denied life insurance for bipolar disorder?

A bipolar disorder diagnosis will not automatically deny you life insurance coverage. It’s more likely that you will be asked to provide additional details about your mental health history.

Depending on your answers, the underwriters will categorize your diagnosis into one of three categories: mild, moderate, or severe.

If you have been diagnosed with bipolar disorder, especially a milder form, but have had the condition under control for a significant period of time, you are likely to qualify for most life insurance policies. However, depending on your diagnosis, your rates for life insurance may be affected. If you’ve recently sought treatment, life insurance providers may postpone your application by a year or two to see how your treatment progresses.

It is possible, however, that a life insurer will deny your application if there is a high risk your diagnosis will affect your life expectancy. Sadly, suicide rates amongst people with bipolar disorder are significantly higher than those of the general population. Alternatively, they may make the underwriting decision to offer coverage with certain exclusions and higher premium rates.

Will life insurance pay for a suicidal death?

Across the board, it is common for life insurance policies to include a suicide provision or clause. This clause specifies that a life insurance provider will not pay the policy’s death benefit if the insured dies by suicide within the first two years of the policy’s coverage period.

The reason for the suicide clause is logical from the insurance company’s perspective— it is designed to stop applicants from having a financial incentive to commit suicide. In cases where an insured person commits suicide after the exclusion period, their beneficiaries are entitled to the whole death benefit.

That being said, if a person disclosed a depression diagnosis in their life insurance application and was approved for coverage with certain exclusions (such as suicide), death by suicide would automatically void their coverage and death benefit.

Life insurance applications can get pretty personal, so it’s a good idea to know what kind of information you will be asked to reveal. In addition to the general information about your identity, you will have to answer a series of questions about your lifestyle and health. In the former category, you may be asked  common questions like:

A bipolar or mood disorder diagnosis will come up in the medical history portion of your life insurance application. In the medical questionnaire, you will need to provide up-to-date information about your personal health history, including all physical and mental health diagnoses, what medications you currently take, and any procedures you’ve undergone. Many life insurance companies will also ask about your family’s health history to understand any possible predispositions to certain conditions.

Additionally, life insurance companies will require an Attending Physician’s Statement (APS) that is filled out by a health professional, like your doctor, to confirm your diagnosis information.

If you suffer from a mental health issue, an insurer may focus on the following health questions to determine your risk:

Age is more heavily considered with your bioplar diagnosis during the underwriting process. If you are younger, they may ask you to postpone your application to see how your mental health stabilizes with treatment.

What happens if you conceal your mental health diagnoses?

When submitting a life insurance application, it is imperative that all questions are answered truthfully and any physical and mental health diagnoses are disclosed. If you lie or omit a critical piece of information like a bipolar diagnosis, you risk invalidating your policy and your beneficiaries may ultimately be denied your policy’s death benefit.

If you are looking for a policy with fewer medical questions, no-medical policies may also be an option.  Though, they have significantly higher premiums than a traditional policy that has full underwriting procedures.

What happens if my mental illness is misdiagnosed?

Misdiagnoses in the mental health sector are not uncommon, especially when it comes to bipolar disorder. Because of the disorder’s varying symptoms and treatment results, a patient’s medical records can be altered at different stages. If you’ve been approved for a life insurance policy and your bipolar disorder diagnosis changes, there are a few options at your disposal.

You are not obligated to update your medical information once the life insurance policy is approved and in force. Moreover, if you are diagnosed with a new illness that affects your mental or physical health years after your policy has been approved, you are not required to disclose that to the insurance company.

If your condition improves, you can request another medical exam and a new Attending Physician’s Statement (APS) to submit to your life insurance provider. They may be willing to adjust your monthly premium rates accordingly.

If your current provider won’t adjust your policy, you can also choose to apply for a new life insurance policy with your updated medical records and potentially qualify to get the lowest rates possible. This would be beneficial for those who could not qualify for traditional life insurance with their previous diagnosis.

How to apply for life insurance with Bipolar Disorder

If a mental health diagnosis is raising questions about your eligibility for life insurance, critical illness insurance, or disability insurance, reach out to one of our life insurance expert advisors. We can explain how your situation will influence an insurance application and help you find the best life insurance providers to meet your specific needs.

The information above is intended for informational purposes only and is based on PolicyAdvisor’s own views, which are subject to change without notice. This content is not intended and should not be construed to constitute financial or legal advice. PolicyAdvisor accepts no responsibility for the outcome of people choosing to act on the information contained on this website. PolicyAdvisor makes every effort to include updated, accurate information. The above content may not include all terms, conditions, limitations, exclusions, termination, and other provisions of the policies described, some of which may be material to the policy selection. Please refer to the actual policy documents for complete details. In case of any discrepancy, the language in the actual policy documents will prevail.  All rights reserved.

If something in this article needs to be corrected, updated, or removed, let us know. Email editorial@policyadvisor.com.